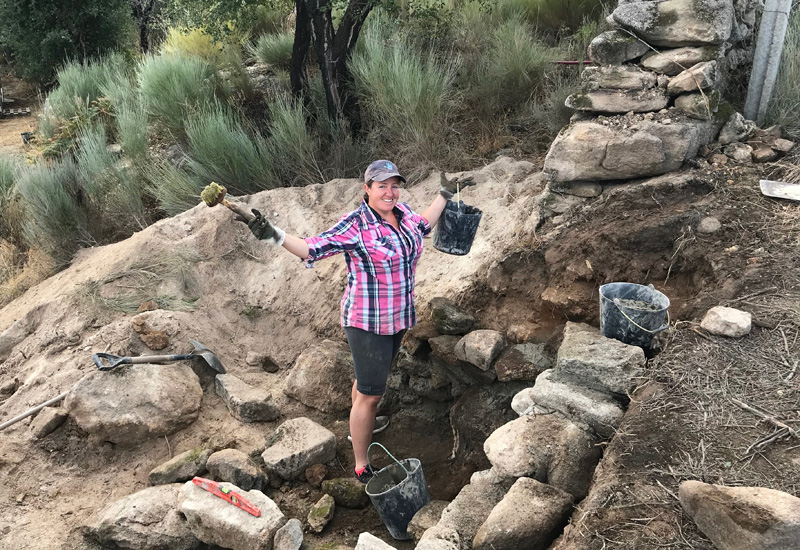 Hi, I’m Kirsty! I was born and raised in Canada, but I’ve been wandering around since 2001, living and working in a bunch of places. Kigali, Rwanda is where I called home from 2010 to 2017 but I’m on the move again and I’ve decided that Portugal is the place for me.

I’ve managed to set up a business that sort of looks after itself for most of the year and my plan now is to buy a ruin in Portugal and see if I can figure out how to turn a pile of rocks into a home. I’ve been interested in natural building and permaculture since around 2010 and now I’m finally getting things rolling.

While I do have a bit of building experience, I certainly have no idea how to turn a ruin into anything livable. I don’t even really have much of an idea of how to buy a ruin, to be honest! But that’s the idea of this blog… to write about the process (with all of its ups and downs) as a bit of a diary for me and in the hopes that the information, mistakes, little victories, and all of that fun stuff are helpful to someone else.

I seem to be a serial web designer with a bunch of blogs and website for various parts of my life. If you’d like to delve a bit deeper into who I am and how I found myself here in Portugal, there are my other websites and blogs…

But all of those are on the back burner for now as I spend 2020 taking a few building courses and working on some interesting natural building projects in Portugal. I hope you enjoy following along!

Here’s a shot of Nic from Rancho Mastatal coordi

I’ve been reunited with my spoon carving knives

Donkey!!! . My friend and I spent some of today he

I’m back in Portugal visiting a friend and seein